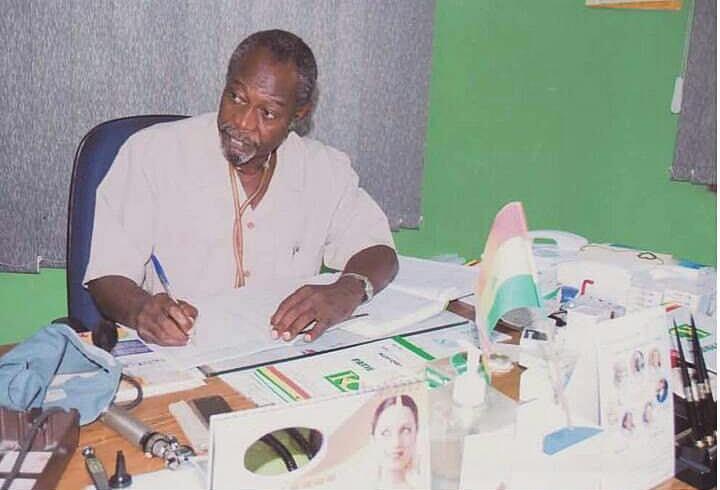 EARLY LIFE
The late John Affaidzi Appiah was born on January 8th 1947 in Donyina in the Ashanti Region. He was the fifth born of the late Mr. Joseph Appiah alias Joe Kwesi and the late Mrs. Mary Appiah alias Adwoa Tawiah from Odumna Abusua and Asona Abusua all of Enyan Abaasa.

EDUCATION
He had his primary and middle level education at Donyina Roman Catholic School. Kwaku John as he was affectionately called sat and passed the common entrance examination and was admitted to Adisadel College in 1960 where he studied science. He successfully passed out of ‘Adisco’ and entered the University of Ghana Medical School in 1966. He graduated as a medical officer in 1972.
John Appiah was an award winning athlete during his secondary school and medical school days. His favorite sport was the Triple Jump for which he won a lot of trophies and medals which made his family, school and mostly himself very proud.

PROFESSIONAL CAREER
After completing his housemanship at the Korle-Bu Teaching Hospital he was transferred to the Koforidua Central Hospital where worked for a few years. He then moved on to the St. Joseph’s Hospital also in Koforidua. He served as a medical officer here for several years. It was from here that he went into private practice in 1981 when Koforidua Clinic was born. This clinic created employment for the people in Koforidua as well as provided quality healthcare to residents of Koforidua and its surrounding towns. He remained the Medical Director here till his untimely death.
He was also very active in the Society of Private Medical and Dental Practitioners and held several executive positions in this body.